Jeff Speck is a city planner and urban designer who advocates internationally for more walkable cities.  As Director of Design at the National Endowment for the Arts from 2003 through 2007, he presided over the Mayors' Institute on City Design and created the Governors' Institute on Community Design.  Prior to his federal appointment, Mr. Speck spent ten years as Director of Town Planning at DPZ & Co., the principal firm behind the New Urbanism movement.  Since 2007, he has led Speck & Associates, a boutique planning firm that specializes in making American downtowns thrive.

With Andres Duany and Elizabeth Plater-Zyberk, Mr. Speck is the co-author of The Smart-Growth Manual and the “modern classic” Suburban Nation, which the Wall Street Journal calls "the urbanist's bible.”  His latest book, Walkable City–which the Christian Science Monitor calls “timely and important, a delightful, insightful, irreverent work” –was the best selling city-planning book of 2013-15.​

Sarah Aldridge is director of Byron Bay architecture practice Space Studio, lecturer in climate responsive design and professional practice at Bond University and Chair of the Australian Institute of Architects NSW Country Division. Sarah has experience in mixed use, hospitality and residential projects both in Australia and abroad.

Lucy Turnbull AO is an urbanist, businesswoman and philanthropist with an interest in technical and social innovation. In January 2016 she became the inaugural Chief Commissioner of the Greater Sydney Commission. She chairs ASX - listed Prima BioMed Limited and for many years was Deputy Chair and later Chair of the Committee for Sydney.

A leading advocate for better cities, Matthew joined Consult Australia in August 2015 and is also a Director of the CitiesImproved urban thought leadership group. Architecturally-trained and having worked across a range of public, private and not-for-profit organisations focused on the built environment in Australia, the United Kingdom and New Zealand.

Mathew Dickerson
Former Mayor of the City of Dubbo

​Elected as a councillor in 2004, Mathew became Mayor of the Dubbo City Council in 2011 until May 2016 when the City became part of the new Western Plains Regional Council.  He serves on several boards; writing columns for various publications; delivering business concepts to a national radio audience and whilst Mayor was also chair of the Evocities regional cities marketing organisation. Mathew lives in Dubbo with his wife and 4 children and is an active member of Mensa.

With a global reputation as an influential advocate and change agent, Romilly Madew leads the Green Building Council of Australia. Romilly sits on many built environment boards and task groups and was the author of the first report to outline the business case for green building in Australia.

Marion is a leading policy analyst and former public servant who has also worked in the private sector. Her public policy experience ranges from authoring parts of the 2010 Henry Tax Review to leading the design and development of the MyGov account. She has provided expert analysis and advice on labour market policy for the Commonwealth Government, the Business Council of Australia and at the Australian National University. She joined the Grattan Institute in April 2015. 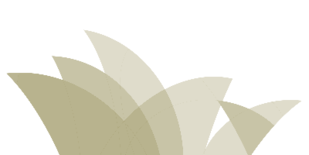 ​Kirsty leads Australia’s peak professional planning body, the Planning Institute of Australia (PIA), as Chief Executive Officer and is responsible for leading effective planning for people and places. Having operated in private consulting, state and local governments in South Australia and the Northern Territory, Kirsty has worked for key organisations known for their leading practice in the industry.

David Pitchford was appointed Chief Executive of UrbanGrowth NSW in September 2013. In this role David has oversight of the direction and ambition of the organisation, and interfaces with portfolio ministers and the board. He has more than 35 years of experience as the head of public and private organisations. In addition to extensive academic accolades, David has been recognised as a Commander of the Order of the British Empire and Lieutenant of the Royal Victorian Order.

​Prof. Ralph Horne combines research leadership in design and social context at RMIT with participation in research projects concerning the environmental, social and policy dimensions of housing and urban environments. He is also Director of the Global Compact - Cities Programme, and is interested in urban social and policy change for sustainable design and development.